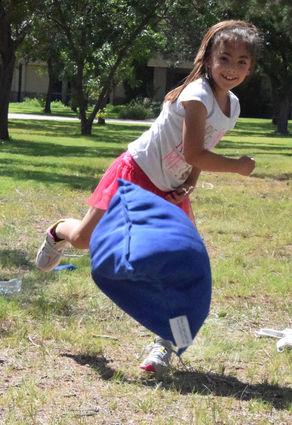 Garrett presented three photographs that had run in the school newspaper, the House Roundup.

A professional photojournalist judged the competition, asking the competitors questions about their photos and offering suggestions for improvement.

Swaim watched a video clip from a ballgame and wrote an article during the competition.

Class does not divide the journalism competition, so the House students had to compete against much larger schools.

"I'm really proud of the work the House journalism students put into developing their skills," she said. "Their talents may one day lead them down a career path, but I'm also proud of the written and photo history they are leaving as a legacy to House schools."

This was the second consecutive year a House student won the newspaper photojournalism contest. Then-senior Ellie Aikman earned first place in the 2019 contest.