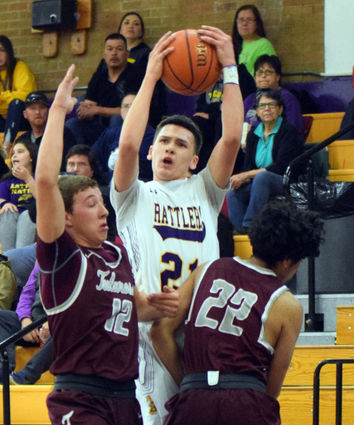 Tucumcari's Jesus Ramos attempts a shot while being defended by Tularosa's Traiton Griffin, left, and Gustavo Calderon during a district game Friday at the Snake Pit.

The Tucumcari boys basketball team's chances for a come-from-behind district victory Friday against Tularosa essentially evaporated when the Rattlers' leading scorer, Jesus Ramos, fouled out late in the third quarter.

The visiting Wildcats went on...