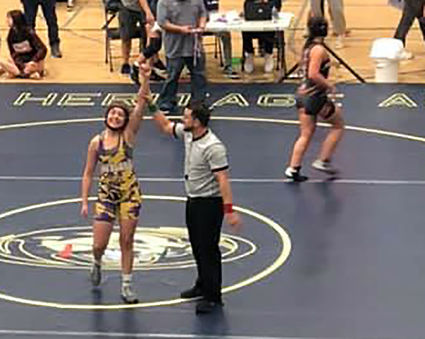 A referee holds up the arm of Tucumcari's A'Leaya Lucero after she defeated Aztec's Katelin Klepac during the 145-pound final at the District 1 tournament Friday at Atrisco Heritage Academy in Albuquerque.