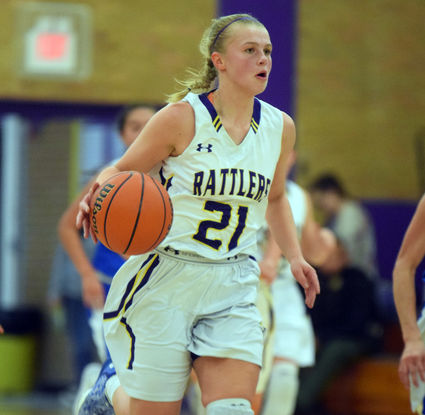 Tucumcari senior guard Ashley Shipley, on a fastbreak during a district game against Dexter, led the Lady Rattlers in almost all categories this season and was named all-district.

Four Tucumcari girls basketball players were named first-team all-district after their advancement to the Class 3A quarterfinals.

Logan, which finished runner-up in the Class 1A tournament, also had four players earn all-district honors.