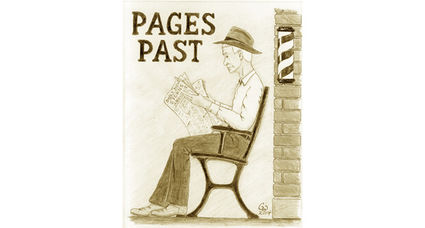 1970: Tucumcari's Ambulance Committee heard complaints about poor service, including from a New Mexico State Police officer, during a meeting. One couple complained about the service's lack of a second attendant to remove a patient from a bed to the ambulance cot. A state police officer complained about lengthy wait times and service for a traffic accident near San Jon and a shotgun accident he investigated. Others complained of ambulance equipment not in serviceable condition, soiled linens and poor employee attendance. The city and county subsidize the service for a total of $240 a month.

• A total of 1,085 children in the county were vaccinated for German measles. The Tucumcari Does paid for the inoculation effort with a fundraising drive that generated $624.

• Gibson's Discount Center was selling a 25-pound bag of Gladiola all-purpose flour for $1.73 and Grade A eggs for 39 cents a dozen.