Parade goes on despite cancellation 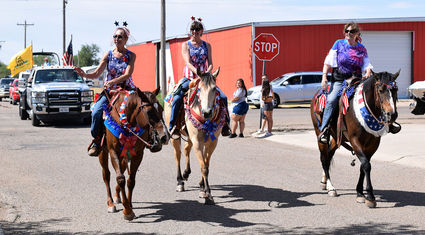 Three women in red, white and blue regalia ride quarter horses Saturday morning during an unsanctioned Fourth of July parade in Logan. The official parade was canceled in late June because of the governor's public health order.

On Saturday, dozens of Logan residen...