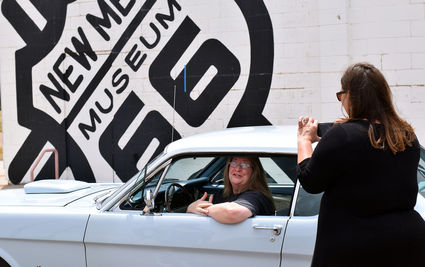 The tour's creator, Tracy Johnson, drove her blue 1965 Ford Mustang in the museum's parking lot during...