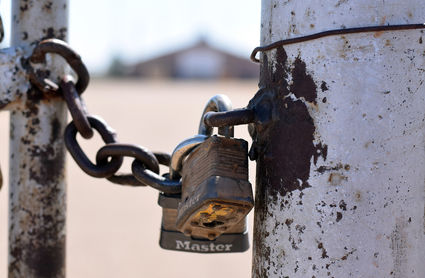 The Quay County 4-H/FFA Expo scheduled to begin last week in Tucumcari was postponed after a fair board member tested positive for COVID-19, and it remained uncertain whether it would be held during its rescheduled dates of Friday and Saturday this week.

Fair board Chairman Justin Knight said during a telephone interview last week about 15 members of the board were possibly exposed during an Aug. 3 meeting at the Quay County Fairgrounds. He declined to identify the afflicted person.

Lucas Bugg, Quay County's fire marshal and a member of the fair board, said last week the meeting was held in a large room at the fairgrounds.

"We were social distancing and spread out quite a ways," Bugg said. "I know that some people wore masks, but I'm not sure how many."

Bugg said he was self-quarantining until Monday.

Knight said Monday morning he still was uncertain whether the expo would be held Friday and Saturday.

Quay County manager Richard Primrose was on vacation this week. County finance manager Cheryl Simpson said Monday the county fairgrounds were available later this week if the fair board and county wished to continue with the event.

Simpson acknowledged an outbreak of COVID-19 in Logan in the past week complicates the board's decision. Logan had seen 15 confirmed cases of the virus in five days through Monday, and a substantial number of livestock exhibitors traditionally have been from that region.

"I think everyone is unsure whether they should try to get together," she said.

Knight said Monday morning he'd been able to reschedule the expo's livestock judges if the show goes on.

Knight said last week the fair board member after the meeting exhibited symptoms of coronavirus and tested positive for the disease the day before the expo was set to begin.

Jason Lamb, county agricultural extension agent, said he heard about the news of the expo's postponement at 7 p.m. the day before the expo. He said everyone involved with the fair, including the young exhibitors, were informed about the fair's delay that night.

The Quay County Fair, which was set to run from Wednesday through Saturday last week, was rechristened Quay County 4-H/FFA Expo last month to reflect many of its typical bells and whistles - carnival, vendors, home arts - would be absent because of coronavirus restrictions. The expo also was scheduled to hold its annual Youth Livestock Auction last Saturday evening.