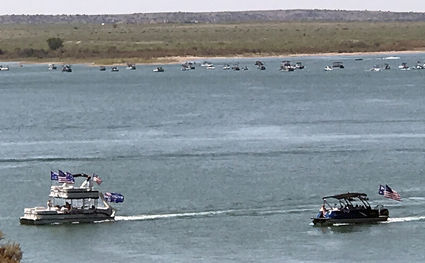 Nearly 100 boaters participated Saturday in a boat parade on Ute Lake in Logan to show their support for President Trump - one of many such water rallies held across the country during the Labor Day weekend.

The parade began about midday from Hous...