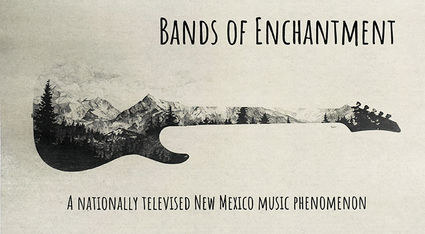 The logo for the "Bands of Enchantment" television show is shown. The producer wants to stage the music series in Tucumcari.

The Tucumcari Lodgers Tax Advisory Board on Wednesday expressed enthusiasm Wednesday to a marketing manager's formal proposal of music television series, "Bands of Enchantment," based primarily in Tucumcari that would be broadcast nationally.