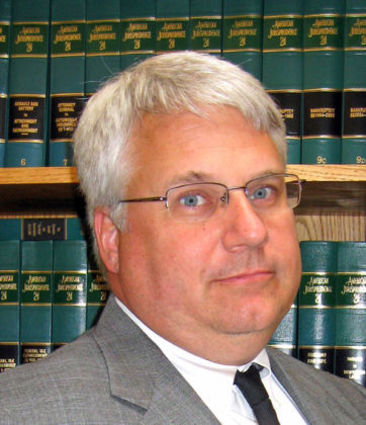 Many judges often breeze to retention during their elections.

That may not be the case for Judge Albert Mitchell Jr. of the 10th Judicial District, which oversees cases in Quay, Harding and De Baca counties. He faces such a retention vote during the general election Nov. 3. County Clerk Ellen White said Mitchell needs a simple majority that favors retention to keep his post.

Not only have voters decided to not retain Mitchell before, but also the New Mexico Supreme Court censured him in April 2019 for violating the code of Judicial Conduct.

Mitchell, who initially was elected district judge in 2008, lost his retainment vote in 2014. Gov. Susana Martinez appointed him back to his post in January 2015, and the state Supreme Court nixed a petition to block the appointment.

Regarding the censure, Mitchell was accused of saying in January 2018 he would ask Gov. Martinez to veto capital-outlay funds due to Quay County because of his dispute with county officials over court-security funding.

Mitchell denied he engaged in "willful misconduct regarding political influence" but did not contest several allegations made from a private meeting with county manager Richard Primrose.

The Quay County Sun emailed questions to Mitchell about him and his retainment campaign. The following are his answers, which are lightly edited for style or clarity. More about Mitchell may be found on retainjudgemitchell.com.

Q: What is your main pitch to be retained as district judge?

A: "During my term, the responsibilities of district judges have increased, such as the Supreme Court consolidating the management of magistrate courts under the district court. The state's financial situation has continued to deteriorate, resulting in budget cuts to the judiciary statewide. Despite these changes, the 10th Judicial District has not reduced access to justice in any county. During the turmoil of COVID-19, we continued to provide timely access to fair and impartial justice. To date, we have kept all courthouses available to the public in accordance with New Mexico Supreme Court and Department of Health rules. Court employees across all three counties significantly contribute to these efforts, despite ever-changing rules that affect them in and out of work. Hearings are currently held online and by telephone, and cases are being decided. Continuing this access to justice and working for the people of Quay, Harding and De Baca counties is important, and I have the experience and dedication to continue this work."

Q: You've had tough retention campaigns before. What did you learn from these experiences?

A: "A judge is a public servant, elected and retained by the voters of their district. The people who appear before a court expect every case be decided thoughtfully, fairly and impartially under the laws of the state of New Mexico. The nature of the job requires decisions be made, based upon evidence presented in court, and those decisions are the responsibility of the judge. All decisions I make are considered with this in mind, even when the decisions made are not popular. All persons are treated with dignity in my court. The voters expect me to treat this job with humble dignity and respect due to their vote of confidence in me, and I strive to do this while serving the people of the 10th Judicial District."

Q: If retained, what would you like to accomplish?

A: "Maintaining access to justice in Harding, Quay and De Baca County is critical. The meaning of access has changed during COVID-19 and has required our courts to work with parties in the courts to enable remote participation for their cases. Working with community organizations to maintain this alternative access is a way to better serve the people of this area. It is important to me to continue as a strong voice in the legislature and judiciary for rural New Mexico to keep our courts in each county, especially considering the strained financial position of the state. I will continue to decide cases thoughtfully, fairly and impartially, and work to continually reduce the delays in our judicial system. I remain enthusiastic about coming to work each day to serve the people of the 10th Judicial District and look forward to continuing these efforts."

Q: Do you have any comment regarding your censure by the New Mexico Supreme Court about 18 months ago?

A: "The rules established by the New Mexico Supreme Court for all judges are part of our job. When a judge does not meet the Supreme Court's expectations that we are dignified and judicious at all times, it is appropriate that the court remind all of us, and in that case me in particular, of their expectations. It was a clear reminder that especially in a rural community, you are a judge 24 hours a day, even when you are not in the courtroom deciding cases. I have taken that reminder to heart and worked to maintain the dignified and judicious manner of my office in a more conscious and mindful approach."