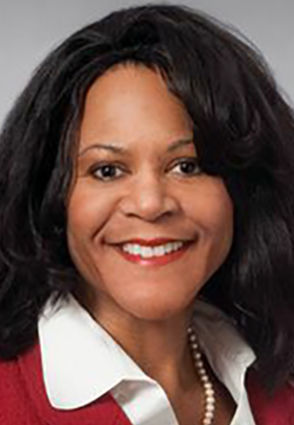 Dr. Tracie C. Collins, dean of the College of Population Health at the University of New Mexico, was named as the new leader of the state's Department of Health.

"I want to thank the governor for her confidence in me," Collins said in a news release. "This is a very challenging time for all of us. There is much work to be done to ensure the health and safety of New Mexicans. But I know the dedicated professionals of the Department of Health and the many health care leaders throughout our state are going to continue working tirelessly to address the needs of our diverse communities, both in this current crisis and beyond."

"Dr. Collins will hit the ground running as part of our state's COVID-19 response effort with the Department of Health and indeed all of state government," Lujan Grisham said.

Collins has served in several academic leadership roles, in addition to providing clinical care and conducting and overseeing reams of clinical research.

At the University of Minnesota, she was co-leader of the Primary Care Research Consortium, co-director of the school's Center for Health Equity Research Core and an associate professor of medicine.

In Texas, Collins was an assistant professor of medicine at the Baylor College of Medicine and director of the General Internal Medicine Consult Service of the Michael E. DeBakey V.A. Medical Center in Houston.

She has lectured in Nepal and Kenya in addition to her clinical education and research in Oklahoma, Texas, Minnesota, Kansas and New Mexico. Collins has produced almost 80 scholarly publications during her career, and she maintains a clinical practice as a vascular specialist.

Collins earned a master of public health degree from the Harvard School of Public Health in Boston, where she also served as a clinical instructor, and a master of health care delivery science degree from Dartmouth.