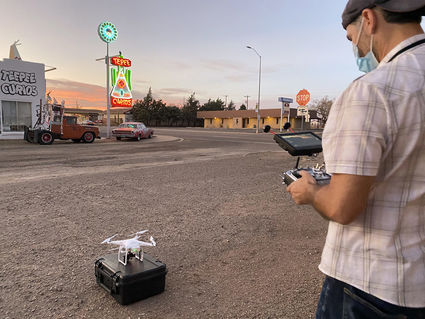 Tyson Chavez of Elkhorn Entertainment prepares to launch a drone aircraft in front of TeePee Curios in Tucumcari while shooting promotional footage last week for the company's upcoming "Bands of Enchantment" music television show, which is scheduled to begin production in January.