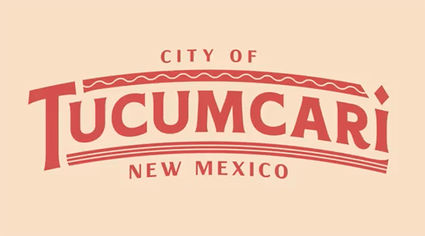 This screen-capture image from a City of Tucumcari video shows the new tourism logo that was unveiled Friday on Facebook.

The City of Tucumcari on Friday morning via a 38-second video on its Facebook page officially unveiled the community's new tourism logo.

The video also provided a glimpse of the shortened version of the logo, using the "T."

"We love the new logo and how it represents our community and each of you!" the city stated. "Watch for a free gift in your utility bill in January and get ready to share your community pride for a chance to win some Tucumcari swag in a social media contest that month as well!"

A rebranding committee of officials from city government, the city's Lodgers Tax Advisory Board, Tucumcari MainStreet and Tucumcari/Quay County Chamber of Commerce directed the effort. The panel also surveyed residents to help steer the direction of the logo's design.

The logos unveiled Friday appeared to be identical to the prototype shown during the November videoconference.

Wilde said he wanted the logo to pay tribute to Tucumcari's nostalgic history and show its opportunities for the future, with a focus on relaxation and self-discovery.