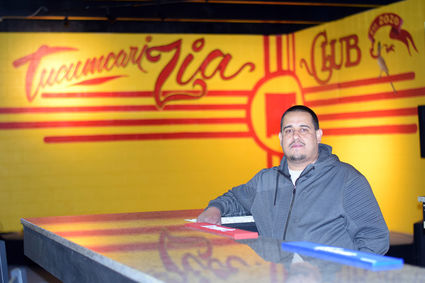 Zia Club President Jerry Lopez poses Friday in the bar area of the club at 428 S. Second St. in Tucumcari. After receiving permission for a club liquor license at the site from the city commission Thursday, Lopez said the club likely would open by March 1.

Despite some protests from neighboring homeowners, the Tucumcari City Commission on Thursday approved a club liquor license for the Tucumcari Zia Club at its proposed location on Second Street just south of downtown.

The club's site is the former...