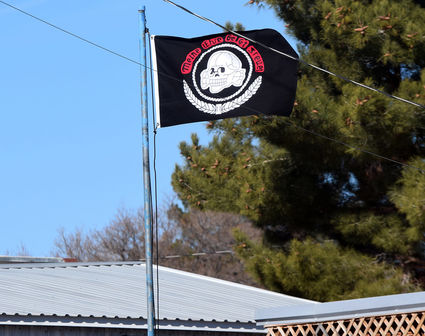 A flag flying Sunday morning at a south-side Tucumcari man's home reads "Meine Ehre Heisst Treue," which was a motto used by the SS in Nazi Germany.

A Tucumcari man caused a stir on social media over the weekend when he flew at his south-side home two flags representing the Nazi Germany era - including one with a swastika.

Dave Shine, the owner of the flags, said he simply was honoring his Ger...