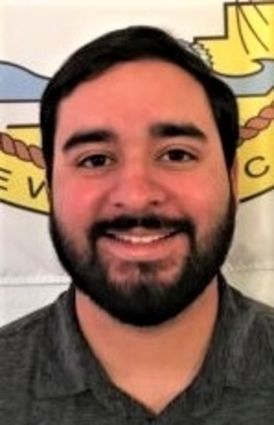 Zamora, who's been in his current position for three years, was among about a half-dozen candidates interviewed Monday by commissioners during a three-hour executive session Monday after the commission's regular agenda.

Zamora would begin his new position on March 15, giving him time to be trained under retiring county manager Richard Primrose before he departs April 19.

"You never know how many opportunities you have like this, so I thought I should throw my name into the hat," Zamora said during a phone interview Monday afternoon. "I work with all the different departments that the county has to offer. I feel confident in my ability to work well with elected officials and department heads."

Primrose announced in January he was retiring after 14 years at his post.

Zamora said his yearly salary and final contract are being negotiated, but they likely would be settled by the next commission meeting on March 22.

Zamora said he was open to staying as emergency manager, as well.

"We're still discussing that," he said. "If they're willing, I think I can do it. In many smaller counties, the county manager also is the emergency manager. It's not unprecedented."

Primrose said his current salary is about $92,000 a year.

Primrose declined to comment Monday afternoon about Zamora's imminent hiring, as the contract still is being negotiated and that the county commission ultimately is making the decision on a new manager.