Strike up the 'Bands' 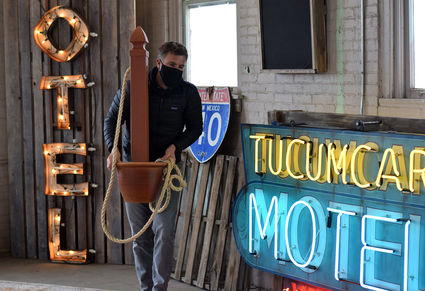 Ken C. Peterson of Elkhorn Entertainment on Friday moves a set piece in the main-stage area inside Tucumcari's historic railroad depot that will be used to film musical performances for the forthcoming "Bands of Enchantment" music series.

In recent days, Tucumcari's historic railroad depot has been converted into a television studio and production center for the forthcoming "Bands of Enchantment" television music series that begins shooting this week.