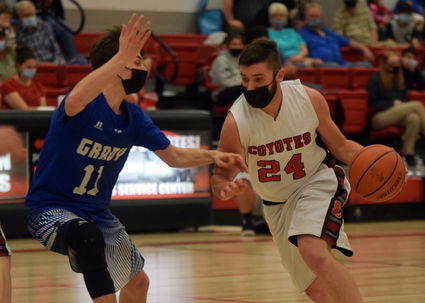 San Jon's Chad Becerra drives toward the basket while being defended by Grady's Isaiah Mitchell during a district game Thursday at San Jon.