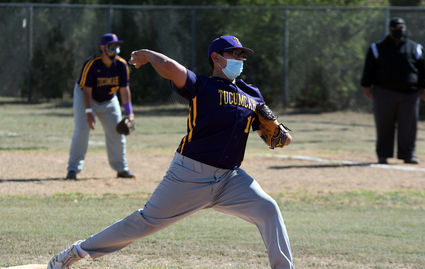 The Tucumcari baseball team looked OK in the early in its season-opening game last week. Then the dam broke in the fourth inning.

West Las Vegas erupted for 17 runs during that frame en route to a 23-3 victory April 20 at Tucumcari that was shorte...