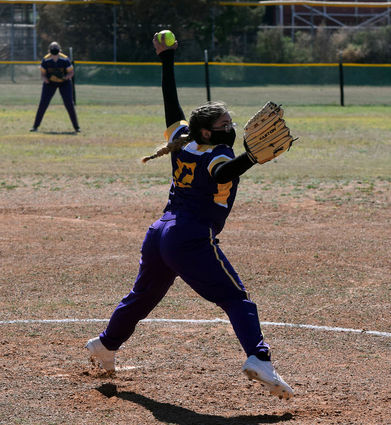 Tucumcari starting pitcher Alexis Ramirez winds up to throw a pitch against a West Las Vegas batter during the first game of a doubleheader on May 4.

The Tucumcari softball team was much less experienced on the field than West Las Vegas, and it showed during 18-0 and 30-0 losses during the Lady Rattlers' season-opening doubleheader May 4.

The Lady Rattlers had other disadvantages, as well. Four...