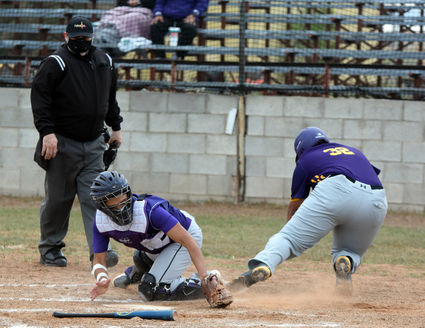 Tucumcari base runner Luiso Molinas takes a tumble after scoring a run in the fourth inning as Santa Rosa catcher Tristin Marin makes a late attempt at a sweep tag during a game May 11 at Tucumcari.

Then the Rattlers were forced to change pitchers, and the roof fell in.