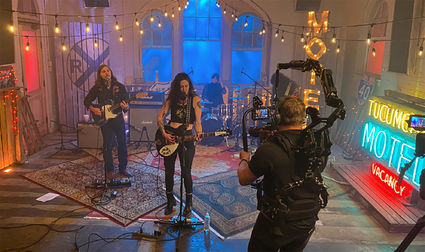 Nashville music artist Lilly Hiatt and her band perform during a taping of "Bands of Enchantment" inside the Tucumcari Railroad Museum.

The producers behind the "Bands of Enchantment" music television series that was shot in Tucumcari on Friday announced dates when episodes will air on New Mexico and Texas PBS stations.

Here are the stations that will air Elkhorn Entertainment's f...