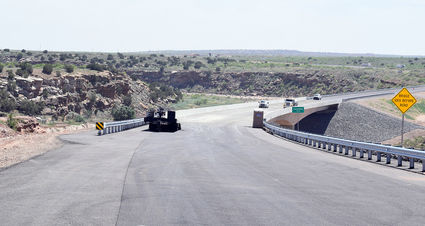 Workers still were putting the finishing touches last week on the new U.S. 54 bridge at Logan. The bridge is scheduled to open to traffic late in the morning of June 23.

After years of construction, the new U.S. 54 bridge at Logan will open to traffic June 23 after a morning ceremony to celebrate its completion, according to a state official contacted by the Quay County Sun.

A ribbon-cutting will take place at 10...