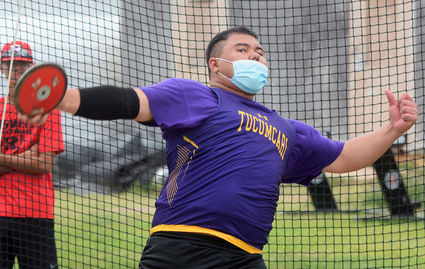 Tucumcari's Khobie Salvador hurls the discus more than 116 feet during the District 4-3A meet Saturday at Santa Rosa High School. Salvador won that event and the shot put.