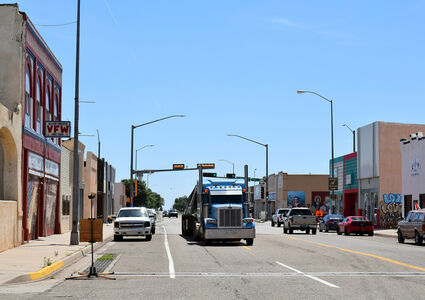 Traffic rolls down Main Street in downtown Tucumcari. The producer of the Fast TV Network said he's convinced Route 66 once went down Main Street and is producing an episode for the network's "Legends of Route 66" series that aims to prove that theory. Others, however, remain skeptical.

Did Route 66 once run through Tucumcari's Main Street? It's a question a television producer aims to answer in the coming weeks that could have long-term implications for tourism and grant funding for downtown's historic buildings.