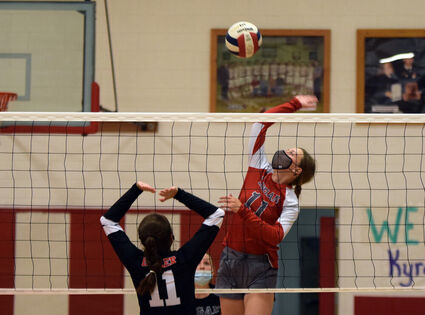 Logan's Rilee Nials prepares to spike the ball against Springer defender Abby Eppler during the championship match of the Logan Invitational tournament Saturday. Nials had a team-high nine kills during her team's victory.

LOGAN - The Lady Longhorns steamrolled through their season-opening, eight-team Logan Invitational volleyball tournament, including a 25-20, 25-11, 25-9 victory over Springer in the championship match Saturday.

Tucumcari, in a gritty performance,...