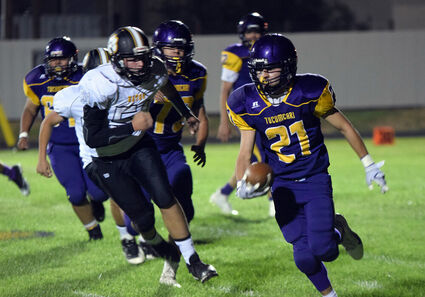 Tucumcari sophomore running back Jordan Pena runs with the ball late in Friday's Homecoming game against Raton at Rattler Stadium.

Despite missing two players and a third starter sidelined early in the game with an injury, state-ranked Raton cruised to a 44-6 victory Friday night over Tucumcari during the Rattlers' annual Homecoming game.