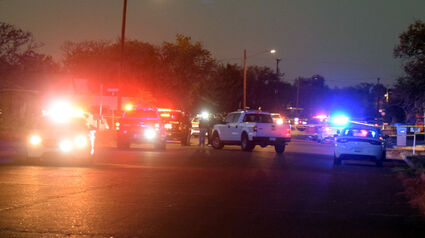 A Tucumcari man faces eight felony counts after he was accused of shooting at city police officers Thursday after an attempted traffic stop. No one was hurt during the confrontation and arrest.

According to a news release Friday afternoon from New...