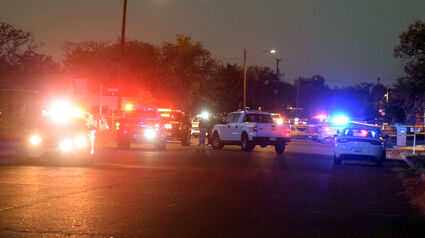 Law-enforcement vehicles converged in the 500 block of South Sixth Street in Tucumcari on Thursday after a local suspect was accused of shooting a gun at police officers. No one was hurt during the incident and the subsequent arrest.

A Tucumcari man faces eight felony criminal charges after he was accused of shooting at city police officers Thursday following an attempted traffic stop. Records show the man ordered the driver to keep evading police while children were inside th...