A look back at water tank rupture 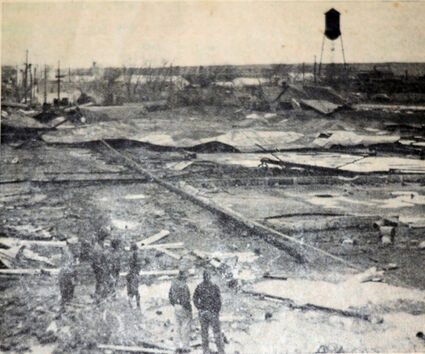 This photograph the scene of the water-tank collapse ran on the front page of the Tucumcari Daily News on Dec. 14, 1951. The twisted metal of the water tank can be seen in the background. The disaster 70 years ago this week killed four people, injured three and caused an estimated $500,000 in property damage.

A water tank rupture this week 70 years ago that killed four people, injured three and caused an estimated $500,000 in property damage near downtown Tucumcari wasn't due to sabotage, nor was it caused by a meteor from outer space, as once speculat...