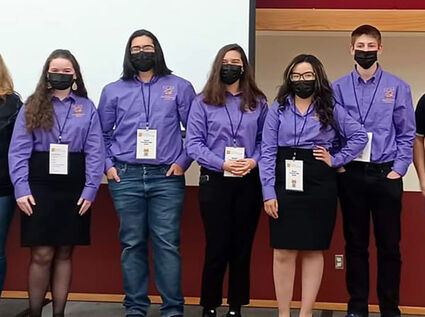 The Tucumcari team at the New Mexico Governor's STEM Challenge pose after being announced as one of the winners in the competition. From left are MiKayla Klinger, Nolan Ryen, Sariah Mardo, Angela Vasquez and Shane Jaggers. Not pictured are Antonio Gonzales, Caden Thomas and Kaylee Brown.

Each student and coach on a winning team took home $500.

Each team of up to 10 students designed and developed...