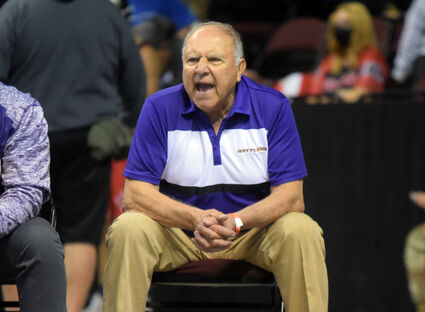 Tucumcari High School wrestling coach Eddie Encinias shouts instructions to one of his athletes during the Class 3A state championships in February at Rio Rancho. Encinias is retiring from coaching after 22 years at Tucumcari and a Hall of Fame career.

Tucumcari High School's wrestling program reached the end of an era when head coach Eddie Encinias submitted his retirement letter last week after 22 seasons and guiding nearly as many state champions during a Hall of Fame career.