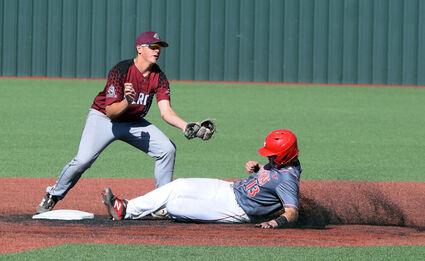 Logan baserunner Park Strong slides into second base during a steal attempt against Melrose during the Class 1A baseball semifinal at Cleveland High School in Rio Rancho. Strong was named Class 1A Player of the Year by the New Mexico Baseball Coaches Association.