'Next Exit' film to hold premiere in Tucumcari 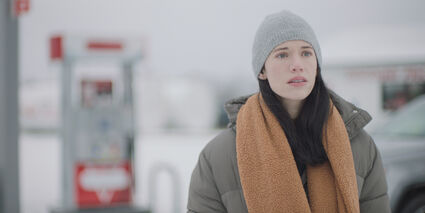 Katie Parker is shown in a still from the movie "Next Exit," which will hold its official premiere Monday at Tucumcari's Odeon Theatre. Several scenes were shot in Tucumcari during production.

"Next Exit," an acclaimed life-after-death drama and comedy film partially shot in Tucumcari, will hold its official premiere at Tucumcari's historic Odeon Theatre on Monday evening.

Doors at the theater will open at 5 p.m., with the screening at...