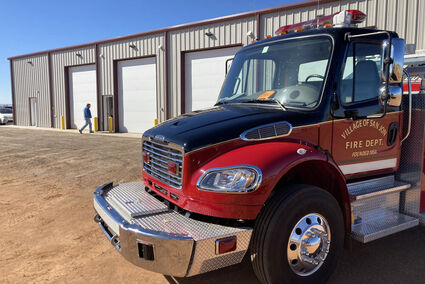 An area resident walks to the new San Jon Fire Station No. 2 north of the village. Village officials held a ceremonial ribbon-cutting Thursday for the site.

SAN JON - It took more time and money than anticipated, but the Village of San Jon on Thursday celebrated the opening of a second fire station north of town.