Lady Rattlers have a lot of returning talent 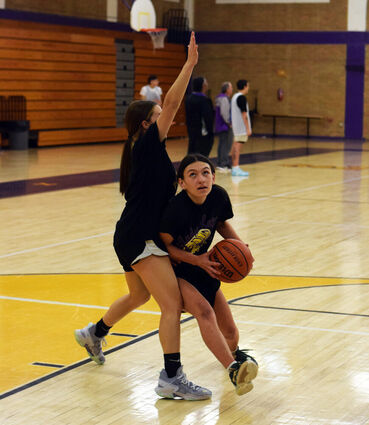 Tucumcari guard Alexus Lafferty dribbles against a teammate during practice last week in the Snake Pit gymnasium. Tucumcari opens its season at 5 p.m. Thursday against McCurdy at the three-day Lady Lion Classic at Santa Rosa.

Opponents probably won't be taken by surprise by the Tucumcari girls basketball team this year.

About a year ago, a young and mostly inexperienced Lady Rattlers team knocked off several state-ranked teams, mostly due to its tenacious defense.