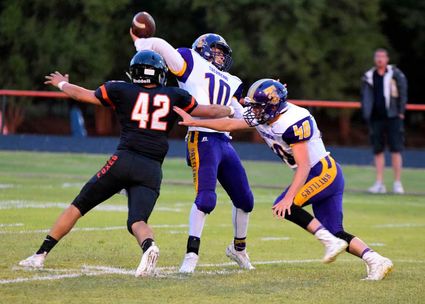 FORT SUMNER — Defending Class 2A state champion Fort Sumner scored early and often and suffocated Tucumcari’s offense during a 55-0 decision Friday night that ended at halftime because of the mercy rule.

After overwhelming their opponent the p...