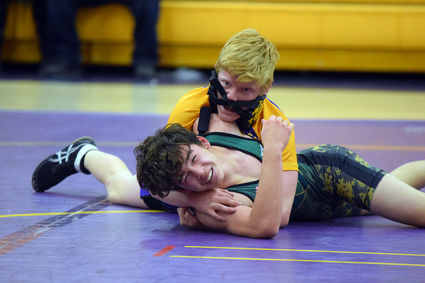 Tucumcari's wrestling team split dual meets against St. Michael's and West Las Vegas on Thursday at the Snake Pit, but the Rattlers' coach expressed general satisfaction with his squad's performances.