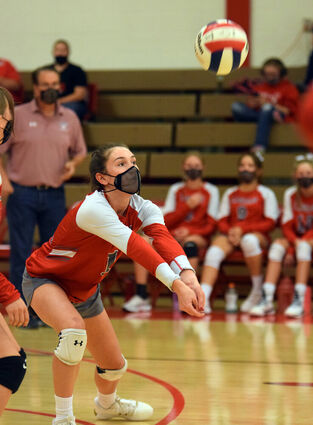 Lady Longhorns senior Reece Goldston fields a hit during a regular-season match at Logan. She was one of three Longhorns to earn all-district honors.

The Lady Longhorns (19-8), who advanced to the state semifinals before being downed by eventual champion Melrose, had these players earn all-district honors:

Goldston also was selected to the New Mexico High School Coaches Association's small-school all-star volleyball team in the annual Red vs. Green game this past weekend in Albuquerque.

The Lady Coyotes finished 11-10 this season after enduring a winless campaign previously.