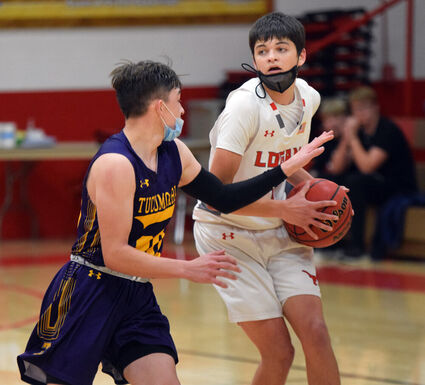 Logan guard Brock Burns looks to make a pass while being defended by Tucumcari's Curtis Gonzales during a game Thursday at Logan. Burns scored a game-high 30 points.